A few days ago, Liang Changjun visited me. One of the main points I made was that "integrated circuits or chips are the food of industry". Liang Changjun used the topic of "chips' necks are mutual, and China is not walking in a no-man's land". , published on the "Sohu Technology" public account. I don't think I've explained it thoroughly, so I'll add my own.

Food is the guarantee of human life. Food security is the top priority of national security. Sufficient production of food cannot be controlled by others. Safe production of food is not a purely economic issue and should not be driven by capital alone. The most profitable, can not only rely on the highest capital efficiency to maintain food production. In December 2013, the Central Rural Work Conference proposed to ensure food security and adhere to the red line of 1.8 billion mu of arable land. It has been mentioned many times in the No. 1 document since then. This shows that the country has a clear understanding and a clear path to ensure the safe production of food. Today, the red line of cultivated land is still an important work at the grassroots level.

Chips are the core of the industry, the foundation of the industry, and the food produced by the industry. Whether it is an emerging information industry or a traditional industry that has undergone information transformation, chips or integrated circuits are irreplaceable key components. Starting from the trade dispute between China and the United States, to the technological blockade characterized by integrated circuits, and then to the struggle involving many fields of national security, my country, from the party and state leaders, down to ordinary people, all know that the chip is "" neck stuck" technique. But whether the emphasis on chips will be as important as food security, whether it will persist for a long time, and whether the scar will be healed and the pain will be forgotten is still unknown. Hopefully, after foreigners don't "stuck" on chips, Chinese people still attach importance to the safe production of integrated circuits.

It is foreseeable that in the near future, due to the demand of foreign industrial chains, the embargo on certain chips may be relaxed, but this wave of embargoes in the past, from the government to the private sector, from industry to commerce, will be a warning to this overturn. If there is no permanent memory, in a few years or decades, it will be unknown if the neck gets stuck again.

The transistor was invented by Bell Labs in 1947. 1956 William Shockley, John Bardeen, Walter Brattain) won the Nobel Prize in Physics. In 1958, Robert Noyce of Fairchild and Jack Kilby of Texas Instruments attempted to manufacture multiple transistors on the same substrate, thus inventing the integrated circuit. In 2000 Jack Kilby won the Nobel Prize in Physics for the invention of integrated circuit technology. Robert Noyce passed away at an early age because he did not live long enough to win the Nobel Prize in Physics. The invention of transistors and integrated circuits has created and supported an intelligent information industry, transformed traditional industrial industries, and brought a revolutionary impact on agriculture, industry and commerce, transportation, and service industries.

Food is a necessity for human survival. Without food, human beings cannot survive and continue. Humans have diverse needs for food. Let's not talk about the staple food of rice and wheat. All kinds of oil crops, all kinds of vegetables and fruits are indispensable to human life, especially healthy life. In the era of sufficient food, people can (wine) drink, (raise pigs) eat meat, in the era of food shortage, the quality of life will certainly decline, in a sense, make do with living.

Chips are the food of modern industry. Without chips, the information industry cannot operate at a high speed, and traditional industries cannot be maintained normally. This point does not need to be demonstrated. It is important to know that a wide variety of chips are required in industrial products. Including memory, arithmetic unit (CPU, DSP, GPU) and other high-integration chip products that are in large demand for a single variety; also include analog switches, operational amplifiers, digital-analog-analog converters, power amplifiers and other varieties, many performance product. For most electronic products, multiple types of chips are necessary, but sometimes the performance of the chips is "discounted" and make do with it.

As we all know, grain is sown in spring and harvested in autumn. The reproduction of food takes a whole year's cycle. Plant seeds take several months from being sown into the ground to mature and harvested. The growth period of rice is about 100 days; winter wheat is sown in autumn and harvested in summer the next year, which takes 8 months. As the saying goes, "A person makes a mistake for a moment, and a person makes a mistake for a year", which means that human beings have known the safe production of food since ancient times, and they can't make a fool of themselves. If you find that there is no rice in the pot and then plough the land, you will definitely starve to death.

Few people know that although the chip is an industrial product, the production of the chip also takes about 100 days. It is assumed that the manufacturing plant of the integrated circuit is ready, that is to say, the construction of the factory building, the installation of equipment, and the adjustment process have been completed and stabilized; it is assumed that the design work of the chip has also been completed, and it is also assumed that the 28nm standard CMOS process is used to start the first chip manufacturing from the factory. The first process starts, and after about 695 processes, the silicon wafer travels about 200 kilometers on the production line of the workshop, and it takes about 100 days to complete the manufacturing. This does not count the logistics time of testing, packaging, and transportation to the whole machine factory. In this sense, people have only just realized that the safe production of chips requires a lead time. If it is found that there is no chip supply and then "build a factory", the whole machine industry will "starve to death".

The production of chips is not a new technology. In 1947, Bell Labs invented the transistor, which is a new technology; in 1958, Fairchild and Texas Instruments invented the integrated circuit manufacturing technology, which is a new technology. Today, transistor and integrated circuit technology has emerged and developed for more than 70 years, supporting the global chip industry of more than 400 billion US dollars per year, supporting the global electronic equipment industry of 1.5 trillion US dollars per year, and serving the information of billions of people around the world. service, which must already be a mature technology. Human social life requires new technology, but it is mature technology that supports modern social life. Integrated circuits are a mature technology of this nature. There are many kinds of integrated circuit products, each of which is indispensable for electronic equipment, but not every chip product is high-tech, but whether it is a high-tech product or not, it all involves the security of the industrial chain, so the chip (integrated Circuits) industry must be independent, and "with cores in hand, industrial safety" should become the consensus of the society. Similarly, this does not exclude China from importing foreign chips on the premise of being independent and controllable. The independent and controllable chip industry does not mean resting on its laurels or shutting down the country.

Integrated circuits are the foundation of the industry, the core of security, and the effective carrier of intellectual property protection. In the foreseeable future, since the interconnection of transistors centered on the silicon plane process can realize all the computing needs required by human beings and is the cheapest way to achieve this, this technology will continue to evolve, develop and last for a long time. exist.

Regarding the discussion on the long-term existence of integrated circuits, you can refer to Liang Changjun’s interview with me. The transcript of the interview was published on the “Sohu Technology” public account about a week ago. 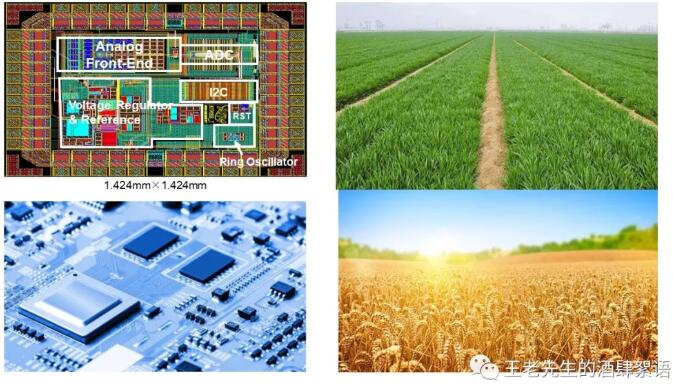 Disclaimer: This article is reproduced from "Wang Zhihua". This article only represents the author's personal opinion, not the opinion of Sacco Micro and the industry. It supports the protection of intellectual property rights. Please indicate the original source and author for reprinting. If there is any infringement, please contact us to delete it.