Mr. Song Shiqiang gave a live streaming on Jieke Live stream at 19:30, December 30, 2021, which was themed by “the Rise of Slkor, a Domestic Power Device Brand in Striving for Domestication”. In the live streaming, Song mainly introduced the founding, development and expanding history of Slkor, which triggered emotional resonance with fans, who also presented blessings to Slkor. 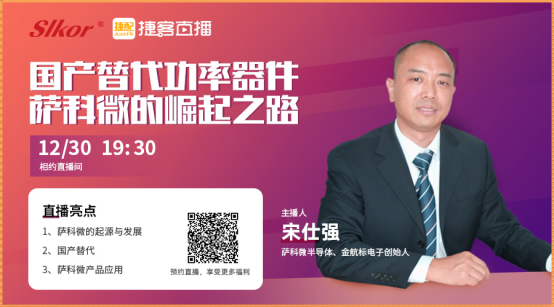 Shenzhen SlkorMicro Semicon Co., Ltd.is specialized in power device. Based in China, it has become a high-tech enterprise integrated with R&D, manufacturing, sales and services from a small IP design company through years of development. Slkor is determined to become “the leader of domestic power device industry” and its brand “Slkor” has taken prevalence in semiconductor power device industry. 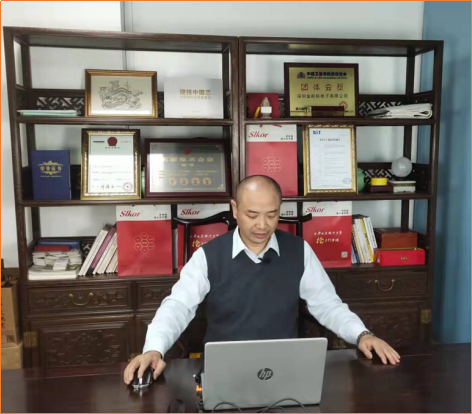 Jieke is a platform connecting original manufacturers, electronics engineers and users and also providing users with testing scheme related to fields such as Internet of Things (IoT), artificial intelligence (AI) and automotive and medical electronics.Through models such as online Q&A, evaluation and share and live streaming, it builds a bridge for original manufactures and users, where knowledge of FAE and R&D engineers from semiconductor industry can be shared online. Slkor’s live streaming in partnership with Jieke is aimed to further spread its brand to electronic products manufacturers and electronic engineers. During the process, fans kept asking Song questions and interacted with him actively. Mr. Song Shiqiang also shared his insightful view for some questions.  Many fans asked more questions at the platform after live streaming in order to know more about Slkor products and order samples. The live streaming finally contributed to several deals successfully.

In the live streaming, Song mainly described the founding, development and expansion of Slkor. There were only 8 product models available upon its establishment in 2014. These products were mainly sold in high-end market such as NEVS with high technical requirements, small market size, long testing and certification cycle. Furthermore, as Mr. Song Shiqiang is not specialized in semiconductor either, the company suffered many twists and turns and Mr. Song Shiqiang even sold his houses to maintain the normal operation of the company at the worst period. 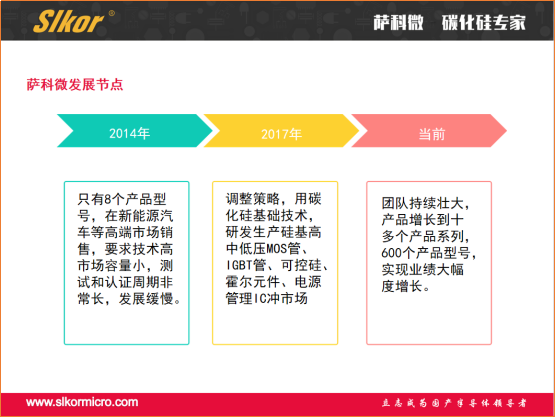 Upon realizing the improper strategies, Mr. Song Shiqiang adjusted strategies, and developed silicon-based MOS of high, medium and low voltage, IGBT tube, silicon controlled rectifier (SCR), Hall components and power management IC by using basic SiC technology in 2017, which yields significant effect and finally makes the company revive. Slkor has kept enlarging its team and enriching products, which are over 600 models in dozens of series, realizing a QoQ growth of more than 30%. 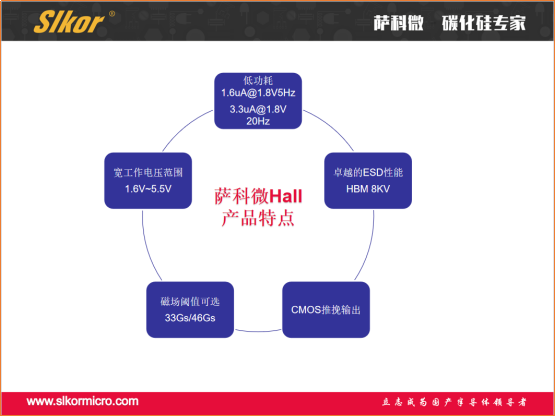 Slkor’s development history triggered emotionalresonation with followers, which could enlighten many followers who are enterprise managers. After the live streaming, they had some personal view on enterprise management. This live streaming attracted for more than 30,000 fans online, which enhances Slkor’s market influence and publicizes Slkor products.

Previous:The 1st Training on the Introduction and Implementation of Slkor’s Corporate Culture System Was Held
Next:Good news!!! Slkor Was Awarded as the “Rising Star” by Lichuang E-commerce Platform