Is it so terrible that China is Alienated from Industry Chain of Global Semiconductor ?

Words such as semiconductor and integrated circuit have been very popular recently because of two reasons: The US uses semiconductor as the major way to sanction Huawei and ZTE; our national pillar industry and new energy vehicles require chips very much, resulting in production suspension of many auto factories. But I wanna say: Is that terrible if China is alienated from industry chain of global semiconductor? What should we do next?

To make things clear, I will start from historical background and division of industry chain. According to industrial division, human society can be divided into three stages so far: agricultural, industrial and information society. In agricultural civilization, human beings conquered wild plants such as wheat, rice, millet, sweet potato, etc. and wild animals such as horses, cattle, sheep, pigs and dogs as well as tools such as stone and ironware, in hope of getting rid of hunger. In industrial civilization, people discovered the natural law and invented steam engine, AC and automobile by using such law. They also explored social laws such as standard, social division and economic law to promote development and enrich goods to get rid of hunger, disease and natural disaster. In information society, production materials such as Internet, computer, data and information are for production and labor using such tools as Windows, Android, IOS and EDA. In particular, fast information transmission and processing speed could improve efficiency of communication and production. In the future, other kinds of society such as outer space civilization and nuclear fusion civilization may appear but there is no conclusion yet.

In agricultural society, main production materials are land, human, animal and simple farm tools with a slow and self-sufficient development node. People take their feet as transportation means, dog as their guard, shouting as communication, dance to entertain and hands to work and basically had no way for warming themselves. Basic necessities of life depend on family and life and death are all within their villages. Therefore, a small social internal law could be formed and external resources can be hardly used. We could discover the law from Peasant Life in China by Mr. Fei Xiaotong and some literary quotations.

In industrial society, people started to acquire technologies of steel and AC and invented steam engine, automobile, steamship and plane after discovering natural codes of electromagnetism and fluid mechanics. The above actually promotes productivity significantly. In social science, social incentive system and division, standard and procedural social organization are formulated and commodity category becomes enriched according to theory research on economics and organization behavior by Adam · Smith and Max · Weber. As said in Smith’s The Wealth of Nations, the efficiency of a skilled worker is 290 times as much as that of a general one. With the development of maritime industry, international trade further advances the division of worker, technique and industry chain, such as cheap labor provided by Africa, textile machinery by Britain and wool by Australia, as well as subsequent slave trade and opium dumping to colony. This is the primary stage of industry chain. There was no the so-called alienation but breaking of trade barriers. In above two societies, physical matters mainly include goods and trade.

In information society, information is blood and integrated circuit is food. The production, screening, transmission, storage, processing and use of information and data make contributions to GDP. Digital currency, cross-border e-commerce, intelligent production, computer-aided design, remote working, smart city and AI have emerged along with the development of the society towards digital, intelligent, remote and virtual orientation. “Kinghelm” Beidou antenna and communication antenna connectors developed by Kinghelm play a crucial role in transmission of wireless information. Sensors are skin of this society, CPU/GPU brain of information processing, DRAM and Flash the memory center of brain, gyroscope the brainstem, Beidou navigation the eyes and SiC MOSFET and IGBT the biceps. All of them are inseparable from chips. Let’s take the products of Kinghelm as an example. A Beidou navigation antenna includes radio frequency chip, baseband chip, ceramic dielectric filter, low noise amplifier chip, etc. 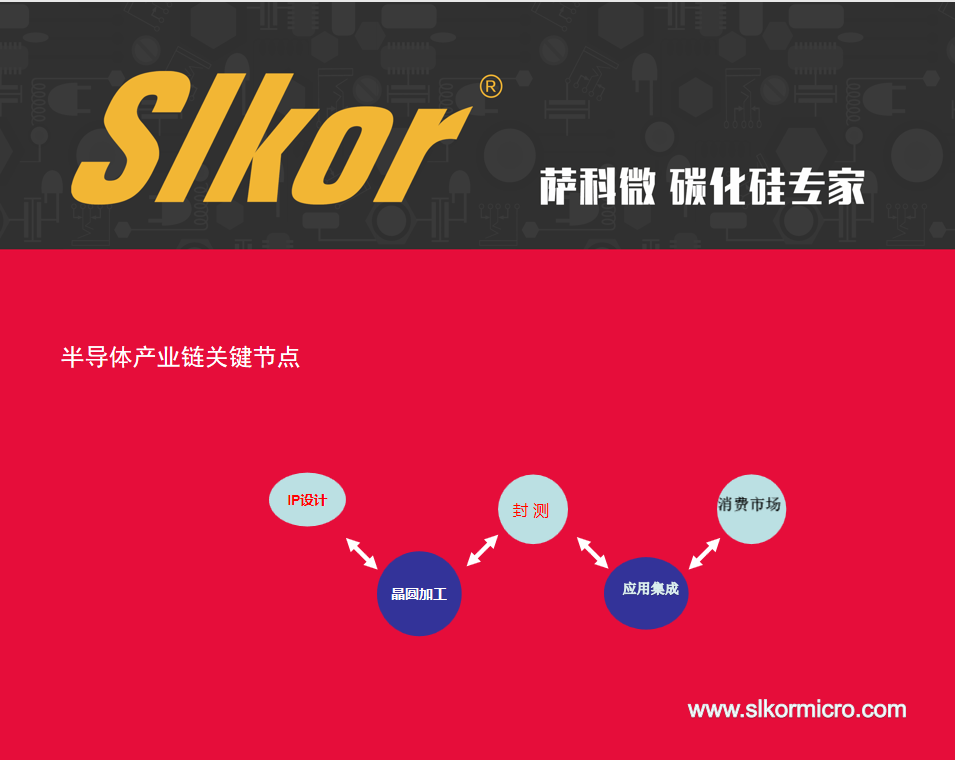 Industry chain of semiconductor industry consists of production of high-precision monocrystalline silicon, IP design of integrated circuit, processing, package and test of wafer and sales market. According to the theory named dominance of leaders of industry chain, industry chain of a specific industry is divided into several key points, including extraction, processing, products integration and sales of raw materials. Countries will have say and bargaining power in the whole industry chain and have capacity to play the game in upstream and downstream, as long as they own these key points with advanced technologies, cost advantages, organization management and cutting-edge devices. America’s hegemonic power cannot be separated from the former top-level design.

Integrated circuit was invented by Americans in Silicon Valley and most of biggest and best integrated companies are located in the US. The enterprises in Japan, Europe, Korea and Taiwan take the lead in a part of industry chain or a single technology, but they are invested by Americans. China has the most complete category of industry chain and all-around and has made the layout of semiconductor industry chain in depth. Because of historical factors, we still have a gap with the US and other advanced countries and regions in some aspect. America starts to worry that China is going to take the lead in industry chain of semiconductor. 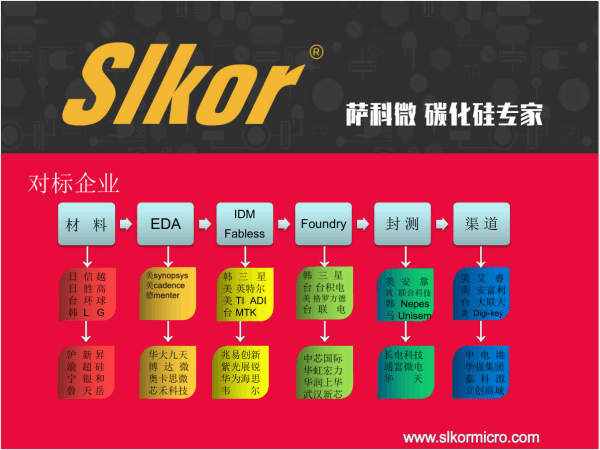 As for monocrystalline silicon, the original material of integrated circuit, it’s the most important to reach 99.9999999%purity and physical and electrical properties. Our silicon wafer performs well in low-end applications such as solar photovoltaic products. But in integrated circuit and epitaxial wafer of SiC and gallium nitride of third generation compound semiconductor, we both have a significant gap with the US, Japan and Korea. We are backward in basic material, single crystal purification, formula, process and processing equipment of chemical semiconductor as well as supporting materials such as photoresist frame, target material, packaging substrate and special gas. China mainland is the biggest buyer of products from Japan, Korea and Taiwan (China), so do they want to be alienated from us?

As for IP design of integrated circuit, we do not have a big difference from foreign countries such as storage and power device, because we studied it thoroughly when deciding to invest SiC power devices several years ago. But in analog circuit, auto IGBT chip and advanced FPGA chip, we still have a wide gap with them. They have also built firewall such as Qualcomm’s patent pool in communication industry, ARM’s IP core ecosystem penetration and Samsung’s whole industry chain. It is a good thing that over 2,000 IC design companies have emerged in recent years in China mainland and they will make a big difference. As for EDA, the ip design device, I have to say that the world’s mainstream EDA is controlled by the American capitals. Synopsys, Cadence and Mentor rank top 3 with 80% of market share while China’s EDA only 5%. But now domestic capital also does a great job. Platform Design Automation, Inc. and Primarius Technologies Co., Ltd. led by Yang Xiaodong and Li Yanfeng from Tsinghua University are planning to explore IPO deeply. The efforts of Arcas Technologies and Xpeedic also will be paid off. In China, ARM has most granted authorization of IP core and Qualcomm makes a lot of money through its patent fees. Besides, global autos are produced in China mainland and Infineon Technologies has the biggest Chinese customer of auto SiC MOS transistor of IGBT and Cree. So, how can they be alienated from us?

As for wafer processing, TSMC, Intel and Samsung have mastered around 5 nanometer technique, the most advanced process technology. They are also keeping breaking the limit of Moore’s Law. In China, the leading SMIC has realized volume production of 14-nanometer products. We’re also working hard now. Here I want to say, ASML, a lithography machine company in Netherlands, has mastered the cutting-edge technology and technique of EUV and it has started developing 2-nanometer products. However, the most leading Changchun Institute of Optics and Fine Mechanics is far behind from them. In first 3 months of 2020 when America banning product supply for Huawei, TSMC was working for Huawei day and night with its revenue the record high. So, it is absolutely IMPOSSIBLE to alienate from us.

Compared with materials, ip design and wafer processing we mentioned above, package & test requires low technology and develops rapidly in China. JCET ranks top in China and 3rd in the world. NFME and HT-Tech both rank world’s top 10 and still keep strong momentum. Besides, there are many small package and test factories in Yangtze River Delta and Pearl River Delta.

China stands at a favorable status in terms of market. With a large market base, China used to yield, process and export products. But now, our companies have bought a large amount of integrated circuits and consumers buy many electronic products, making China a big consumer country gradually. 80% of Qualcomm’s 5G chips are sold to China and Apple’s phones always sell well in China. Could any company rushing for profits alienate from us? Based on large market volume and some basic science and research, we can upgrade our technology and industry, develop our advanced technology and cultivate large quantities of professional talents. China has ushered the fast economic growth speed in recent years, with coordinated and benign industrial and ecosystem chain of semiconductor as well as better volume and technology. Thanks to the emphasis of governments at all levels on semiconductor, capital market recovers fully and market environment becomes active. All of these stimulate the investment in R & D of talents and devices and the industry development

In conclusion, we boost the development of semiconductor industry with the market and labor dividend we formed in early stage. Despite these difficulties, we will rapidly take the lead in the industry. Wassenaar Arrangement, Article 301 and “long-arm jurisdiction” will not only stimulate us to develop semiconductor firmly but also make us tougher. No one would like to be alienated from China, because it is supposed to take the lead in industry chain of semiconductor in the near future.

Disclaimer: The article was originally written by Song Shiqiang. For reprint, Please note the original source and author. Contact with “Semiconductor Expert” of Slkor if you have questions.

Previous:Interview on 2019 Delicacy Management and Innovation of Enterprises (1)
Next:Challenges and Opportunities of China’s Semiconductor Industry (Volume 1)