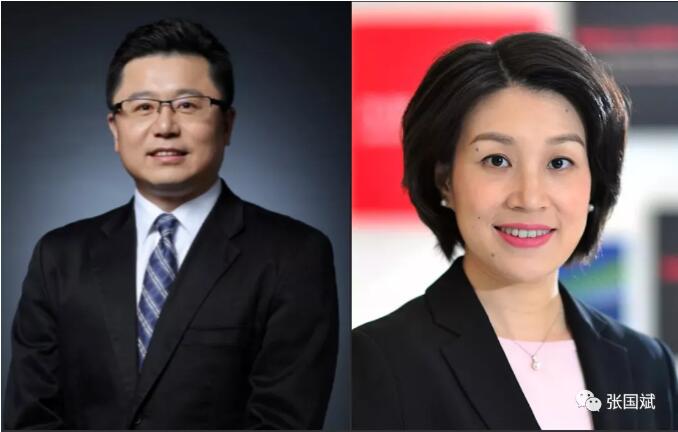 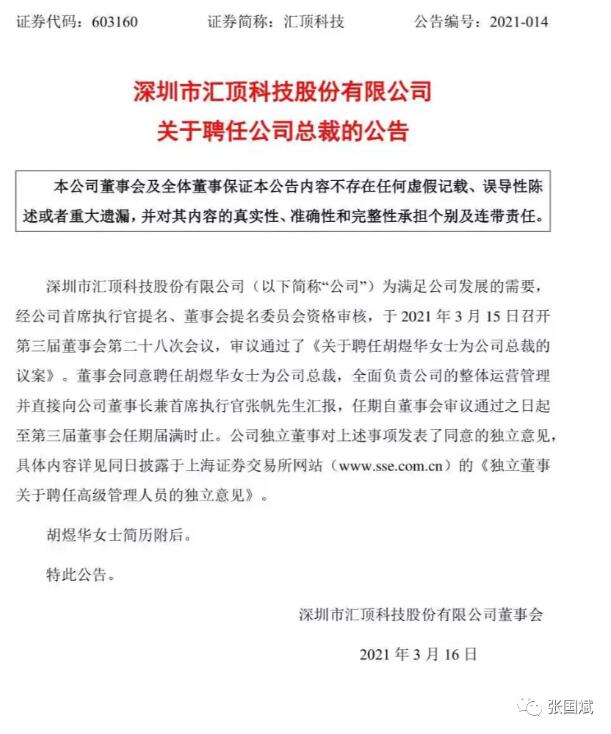 Just now, Huiding issued the "Announcement of Shenzhen Huiding Technology Co., Ltd. on the Appointment of the President of the Company", stating that: the board of directors and all directors of the company guarantee that there are no false records, misleading statements or major omissions in the content of this announcement, and they will not accept any false records, misleading statements or major omissions. Individual and joint responsibility for the authenticity, accuracy and completeness of the content.

Shenzhen Huiding Technology Co., Ltd. (hereinafter referred to as "the company"), in order to meet the needs of the company's development, was nominated by the company's CEO and reviewed the qualifications of the nomination committee of the board of directors. On March 15, 2021, the twentieth session of the third board of directors was held. At eight meetings, the "Proposal on Appointing Ms. Hu Yuhua as the President of the Company" was reviewed and approved. The board of directors agreed to appoint Ms. Hu Dihua as the president of the company, who is fully responsible for the overall employment management of the company and reports directly to Mr. Zhang Fan, the chairman and chief executive officer of the company. . The independent directors of the company expressed their independent opinions on the above matters. For details, please refer to the "Independent Opinions of Independent Directors on the Appointment of Senior Management" disclosed on the website of the Shanghai Stock Exchange (www.sse.com.en) on the same day. Top Technology has 7 vice presidents, namely Hou Xueli, Fu Bisheng, Liu Yuping, Zhou Bo, Ye Jinchun, Wang Li, and Zhang Ligang. Chairman Zhang Fan concurrently serves as general manager and CEO. Zhang Fan will only serve as chairman in the future. 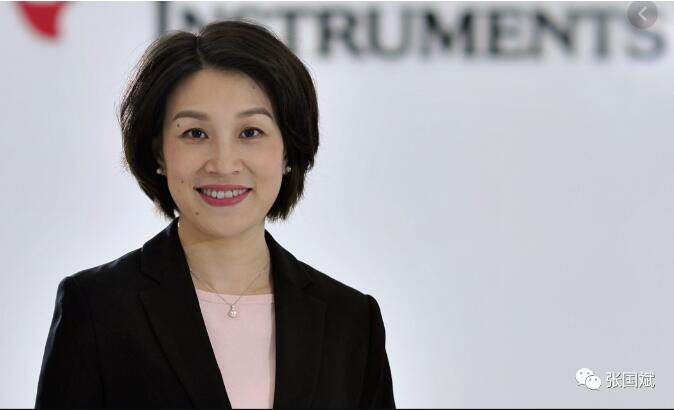 Ms. Hu Yuhua holds a bachelor's degree in computer science from Central South Institute of Technology (now South China University) and a master's degree in business administration from Hong Kong University of Science and Technology. After graduating from university, Hu Yuhua worked in mobile phone software development in Guangzhou No. 7 (Guangzhou Institute of Communications - Seventh Research Institute of China Electronics Technology Group Corporation). She is an authentic female programmer. After that, she worked for Nokia for a period of time. She wanted to apply for TI's mobile phone technology application engineer, but the interviewer told her that they wanted to hire a sales engineer. Although she had no sales experience at the time, she said that she was qualified for this position, and she successfully passed the market and entered TI. Maybe the interviewer found that the sales potential in her? (The ancients said that Maxima often has it, but Bole does not often have it. It is quite right, but self-confidence is also very important). After serving as a sales engineer, Hu Yuhua's main customers are Huawei, ZTE, Kejian, Konka and other customers. At that time, after the Internet bubble in 2000, China's local communication companies were experiencing rapid development. Kejian and Konka served by Hu Yuhua. She is the leader of local mobile phones in China. With her efforts, TI's mobile phone solutions have achieved many local mobile phones. At that time, Huawei was also developing rapidly after the winter of the communication industry. Soon, Hu Yuhua made TI's sales in Huawei. At a scale of $100 million, for a novice salesman who has just started working, this is already a big achievement. In addition, she has also established a good cooperative relationship with ZTE, and TI was also rated as the best supplier by ZTE. Because she is hard-working, after that, if a colleague leaves, their customers will be followed up by Hu Yuhua, and the number of customers she serves is also increasing, including some new EMS customers such as Foxconn and Flextronics. With the support of these big customers, it could have been To be a very comfortable sale, but she has to give herself more challenges. At that time, she made a decision that surprised many people and proposed to serve emerging small customers other than Huawei and ZTE, which was equivalent to giving up generous income and starting to accumulate customer resources again. At that time, Cheng Tianzong, president of Texas Instruments Asia Pacific, personally Communicate with her to understand why she wants to become a new small and medium customer and give her full support. Soon after this exchange, Hu Yuhua is in charge of small and medium customers in South China except for Huawei, ZTE and other customers. At that time, the scale of these small and medium-sized customers was not large enough, such as BYD, Skyworth, Midea, etc. Hu Yuhua helped these customers grow together with TI's solutions. With the success of these new customers, her area of responsibility also expanded from South China to North China, Southwest China, etc. Wait. According to her, TI is also constantly giving her opportunities to exercise. For example, Xie Bing, the then president of China, gave her many opportunities to exercise. She has held a number of leadership positions in the sales and marketing application teams, helping to expand TI's business in the Chinese market, and promoting TI's close cooperation and win-win development with customers. In 2013, Hu Yuhua became the general manager of the sales and marketing application department of Texas Instruments China, responsible for promoting the development of TI's analog and embedded processing business in the Chinese market. On June 8, 2015, she was promoted to Texas Instruments Semiconductor Technology (Shanghai) Co., Ltd. President (President of Texas Instruments China). In 2018, he was elected as the global vice president of Texas Instruments and continued to serve as the president of China.

She has won many awards, such as the Forbes "Women in Tech" list of 50 women on May 31, 2019. In February 2020, she was ranked 12th on Forbes' list of China's Most Outstanding Business Women. On February 22, 2021, she was selected as one of Forbes' 2021 Outstanding Chinese Business Women. In 2020, my country's integrated circuit sales revenue will reach 884.8 billion yuan, with an average growth rate of 20%, which is three times the growth rate of the global industry in the same period. In 2021, the scale of my country's integrated circuit market will exceed 1 trillion yuan. Among them, the sales revenue of my country's chip design industry has increased from 132.5 billion yuan in 2015 to 384.9 billion yuan in 2020, a year-on-year increase of 23.8%, and the global share is expected to reach 13%. It is predicted that the market size of China's chip design industry will exceed 400 billion yuan in 2021. 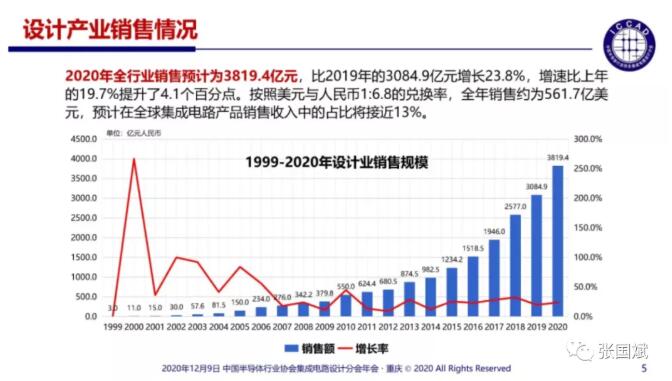 In 2020, the State Council of my country issued the "Several Policies for Promoting the High-Quality Development of the Integrated Circuit Industry and Software Industry in the New Era". Eight policy measures have been introduced, including finance and taxation, investment and financing, research and development, import and export, talents, intellectual property rights, market application, and international cooperation. Since China has been the largest consumer of integrated circuits since 2005, in view of this, the State Council of China proposed the "Made in China 2025" plan in May 2015, in which the strategic goal of the IC industry is to achieve a 40% self-sufficiency rate by 2020 , 70% by 2025!

We all know that with the explosion of the Internet of Things, 5G, autonomous driving, and smart home markets, and domestic substitution has become a major trend in the future, China's IC design industry will maintain rapid growth in the next few years. If calculated at an annual growth rate of 20%, to In 2025, China's IC design industry will reach a scale of 139 billion US dollars. According to the forecast of IC Insights, the scale of China's IC market will be 223 billion US dollars, which means that China's IC self-sufficiency rate will reach 62%, which is already comparable to 70%. The self-sufficiency rate target is very close. Note that this is only calculated at an annual growth rate of 20%. In fact, the growth rate may be higher than this value. For example, local IC sales in 2020 will increase by 23% compared to 2019. ! According to this growth rate, by 2025, the scale of China's IC design industry will exceed 157 billion US dollars, just to complete the 70% self-sufficiency rate target! It can be expected that if you seize the opportunity, local IC will definitely enjoy the dividends of this wave of development! Some design companies I visited said that their growth rate exceeded this value. For example, the growth rate of Chipsea Technology exceeded 40% last year, and it will be even higher this year. Some local MCU companies have also achieved almost 100% growth. 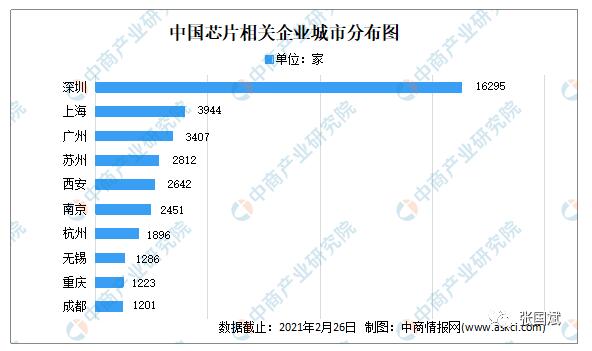 However, at ICCAD2020, Professor Wei Shaojun, chairman of the Integrated Circuit Design Branch of the China Semiconductor Industry Association, pointed out that there are 2,218 companies in the annual statistics of the China Semiconductor Industry Association, of which 289 companies have sales of more than 100 million yuan, up from 238 in 2019. The number of companies increased by 51, an increase of 21.4%. The total sales of these 289 companies with sales of over 100 million yuan reached 305.04 billion yuan, accounting for 79.9% of the total industry sales. 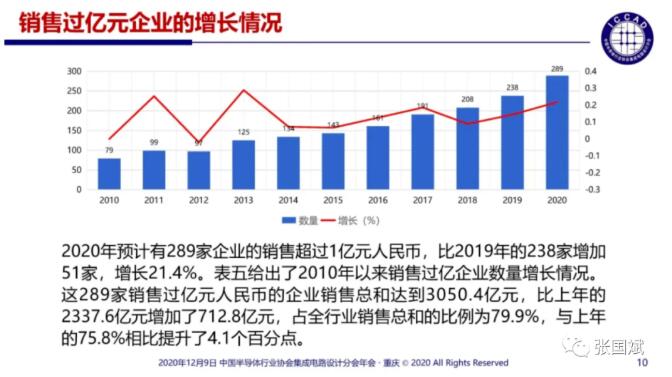 In 2020, according to the distribution of enterprises by sales, there is a great increase in sales between 10 million and 50 million, indicating that small and micro design enterprises have achieved good growth. 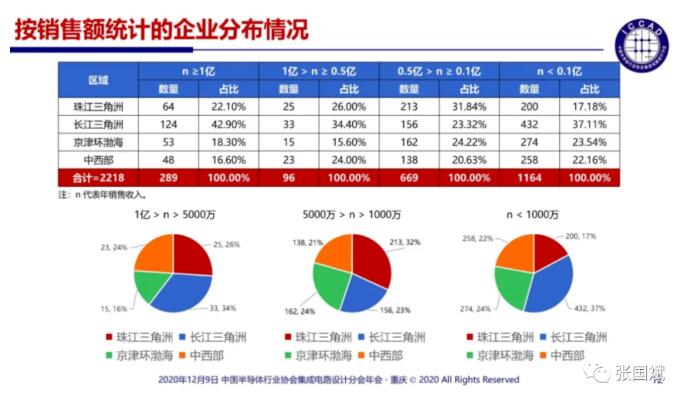 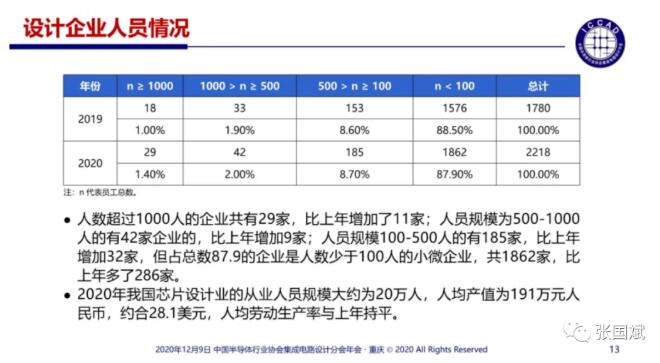 Therefore, although the local IC design industry has good prospects, most of the scales are low, and some companies that have developed are also facing many problems in their further development, such as future strategic planning product planning, restructuring of the marketing system, etc., with Goodix Technology For example, it ranks first in the world in the field of fingerprint recognition, helping its market value surpass 100 billion! The highest market value exceeded 160 billion! However, because the product only maintains the leading position in the field of mobile phones, with the shrinking of the mobile phone market in 2020, the market value will rise and fall, but the price-earnings ratio of Goodix Technology is only 34. This is a fairly high-quality technology stock, much better than those companies with a price-earnings ratio of several hundred. 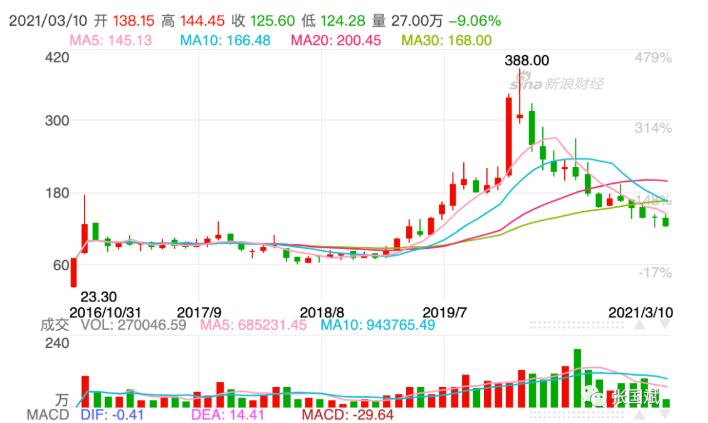 What Goodix lacks is a trader with an international strategic vision, who can push the company into emerging fields, reconstruct the marketing system, technical support system, and product strategy, so as to drive Goodix to a new level of development! The joining of Hu Yuhua can just make up for the shortcomings of Goodix!

However, there are also some industry players who are cautiously optimistic about Hu Yuhua's joining. The main reason is that many local private enterprises focus on family and harmonious corporate culture. High-efficiency coordination of multiple departments such as logistics, with high-quality employees and strong executive power as the basis, it is obvious that Goodix Technology still needs to be improved. After Hu Yuhua joins, it is necessary to have a greater corporate transformation and culture for Goodix Remodeling may only see good results, which is quite a challenge for her.

Goodix's revenue in 2019 exceeded 6.4 billion! , the annual R&D investment accounts for more than 16% of the revenue! It has more than 5,600 patents and more than 2,000 employees! Under the leadership of a lion-shaped leader, such a high-quality company is not a dream to soar into the sky in the future! Looking forward to the great development of more local ICs! (Finish)

Disclaimer: This article is reproduced from "Zhang Guobin" to support the protection of intellectual property rights. Please indicate the original source and author of the reprint. If there is any infringement, please contact us to delete it.